Dates & Times to Be Determined 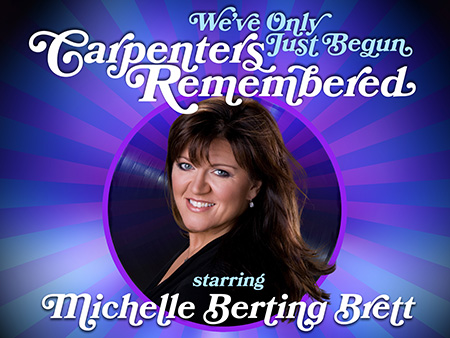 “This is an exceptionally well-produced show that does justice to an act whose music has proved to be timeless.”
– JazzTimes Magazine

We’ve Only Just Begun: Carpenters Remembered is the definitive concert show celebrating the music of one of the most successful recording acts of all time. Starring Michelle Berting Brett who is accompanied by her Nashville band under the direction of Harry Sharpe, the show re-creates the Carpenters’ original sound.