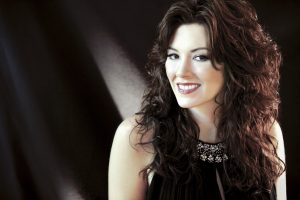 Mandy has appeared on The Tonight Show with Jay Leno, The Late Show with David Letterman, CBS Sunday Morning, PBS’s Sessions at West 54th, and numerous other television programs throughout her career. Additionally, she has been a featured artist on a host of movie and television series soundtracks such as A Walk On the Moon, Traveller, Space Cowboys, Election, Drop Dead Gorgeous, and Crazy. Barnett even sang on the SpongeBob SquarePants album, sharing the spotlight with the likes of Brian Wilson, Tommy Ramone, and others. Most recently, Barnett’s rendition of “Have Yourself A Merry Little Christmas” was prominently showcased in Political Animals, the USA Network television series starring Sigourney Weaver and Ellen Burstyn, and Barnett’s rendition of “Jingle Bell Rock” appeared in The CW Network’s television series The Flash.